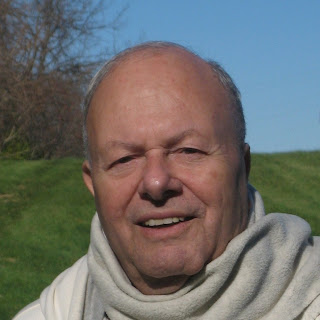 
Born in North Africa, in a small town called Beja, at a time when the country was a French protectorate, Emile got to know the Arabs and Bedouins from his town and from the surrounding area. He admired them for their simplicity, and for their friendly and kind-hearted nature. They are part of his childhood and besides his French language he also speaks their language. They are part of the great panorama of his home town. Emile's four children grew-up and studied in the United States. He has four grandchildren.

During World War II his house was damaged. When the Germans landed in Tunisia, they occupied the entire country except for the inland part, to which the British and the American armies succeeded in getting by air and by land, before the Germans could occupy it. The cannon shells, the Messerschmitt Bf 110 and the Ju-87 Stuka bombs from the Luftwaffe forced his and other families to move from place to place according to the sound of the explosions. No one was there to direct them or to guide them. Therefore school was suspended; the children spent a lot of time in the countryside. There, Emile started to memorize every move, the facts and the impressions he had witnessed, in order to be able to put them on paper later.

Emile left his town at the age of fourteen, first for France, where he spent some time on a farm in the Gers region overlooking the Pyrenees, 13 miles south of the city of Auch, and in Paris, where he studied mathematics, and finally he went to Germany to perform trade show construction for French companies. In Germany he created a trade show booth and display equipment factory. He produced very famous booths for major European companies such as Triumph International, RWE, Rheinish Westafalisches Elektrizitatswerk, and for French companies such as Rhodiaceta, a subsidiary of Rhone Poulenc, Thomson Brand, and others. He produced group exhibits for the Comite Permanent des Foires et Manifestations Economiques a l'Etranger, a branch of the French government, for the DTI (UK) Department of Trade and Industry, and for the US Commerce Department, as well as thousands of individual booths for European and American companies.
With his background in Economics and Business Administration, he was also responsible for organizing 16 International Trade Shows and Conferences, ranging from Agriculture, Petrochemicals, Medical Equipment, Machinery and Tools, Camping & Sports to soft good Shows, such as Women's Fashion Apparel.
When he first came to the United States in 1972, he founded the company American European Trade and Exhibition Center Corp, (AETEC) which created, organized and managed: the European Fashion Fair with only European Exhibitors. Later he created The New York Prêt, the leading, world-class, women’s apparel and accessories trade show with about 1,000 exhibiting companies from the world over, the New York Fabric Show, Nylex, for the leather and accessories industry, and Decotex for the interior decorating and design industry. He formed another company, EJJ Management, Inc, which organized and managed IRW, The International Rehabilitation Week, which focused on the handicapped and earned him a Commendation by the U.S. Congress in 1986 for having organized and managed this show and its conferences within the framework of the United Nations Decade of Disabled Persons (1983-1992). Thanks to the staging of two of Tubiana's Shows, the then newly built Javits Center was able to open its doors.


In 1989 AETEC created and managed the WorldTech 89 Exhibition and Symposium, which showcased the high-tech industry.
At his events, he had the privilege of meeting political leaders, such as Sargent Shriver 21st United States Ambassador to France.
Mayor Abraham Beame of New York, Mayor Edward I. Koch of New York, Governor Mario M. Cuomo of the New York State and his wife Matilda Cuomo, Richard Michael Daley,former mayor of Chicago, Senator Robert Joseph "Bob" Dole, Senator Robert W. Kasten, Jr., Senator Edward M. Kennedy., may God bless his soul.
President of France and then Mayor of the City of Paris, Jacques René Chirac and his Wife Mrs. Bernadette Chirac,
Prime Minister Amir Abbas Hoveyda of Iran. He was a brilliant and honest man. May God bless his soul.
Deng Pufang, Vice-Chairman, 11th CPPCC, National Committee; Executive President, Chinese Olympic Committee, Beijing Organizing Committee for the XXIX Olympiad, Beijing Municipality; President, China Welfare Fund for the Handicapped. Deng Pufang is the son of the famous Deng Xiaoping.
Tubiana also met top leaders and scientists, such as the late Dr. Edward Teller, American theoretical physicist,.
Jerry Grey, past president of the International Astronautical Federation and former professor at Princeton University, Director, Aerospace and Science Policy , American Institute of Aeronautics and Astronautics
James M. Beggs, Chairman, Spacelab (Former Administrator, NASA),
R. Hollis, director, Policy and Planning for the Space System Division of Ford Aerospace, and many honorable and remarkable leaders.
Over 45 counties participated in his events.
Tubiana's shows have been ranked in the Trade Show Top 200 and have brought to New York City hotels 100,000 room/nights per show, from their American and international exhibitors and buyers.
.
In 1983 Emile also created Le Pont Ltd, which later became Le Pont International Ltd, which is involved in strategic marketing and advising for international trade.
The company provides custom company research reports and mailing & marketing lists.
Emile is the president of Le Pont international, Ltd and he is active until this day
.
In his free time, Emile loves to read, write, tell stories, and watch old movies. Every day he takes a walk of a few miles with his wife. After his work day Emile writes a poem almost every night. He plays ping pong and chess and likes listening to music. He enjoys soccer and gardening. His character is very friendly, positive, encouraging and reassuring. He published three books and authored two other books (to be published shortly) and over 700 stories, poems and articles. 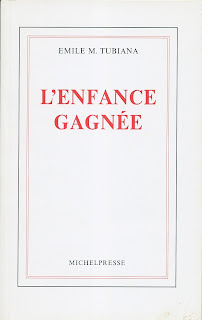 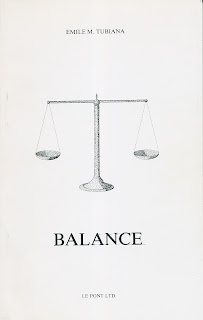 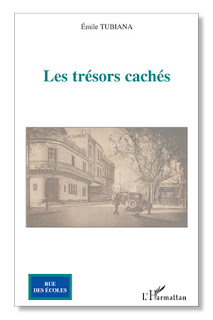 Emile Tubiana
United States
In his free time, Emile loves to read, write, tell stories, and watch old movies. Every day he takes a walk of a few miles with his wife. He plays ping pong and chess and likes listening to music. He enjoys soccer and gardening. His character is very friendly, positive, encouraging and reassuring. He authored three books and 400 Stories, Poems and Articles.